Hormones are small molecules that circulate around in our blood as signaling messengers. They tell our cells to perform their designated functions, depending on the different needs of our body at a given time. Imagine hormones as traffic lights at an intersection. If the stoplight is broken, then the rates of car accidents, congestion and inefficiencies increase. At David Allen Nutrition, we use a variety of antioxidants, minerals and extracts from rare plants found in nature to ensure that your cells are free from traffic jams. A mere visit to the physician’s office would perhaps ensure that you have adequate levels of crucial hormones for your health, but specialists at David Allen Nutrition are here to help you achieve the best level that you can be at, regardless of your age. 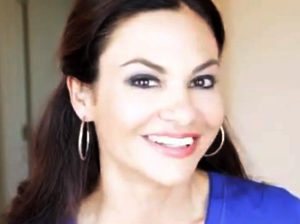 “So I had kids, and again I went back to him because I wanted to drop the weight. As we were personalizing my plan again, I started getting really hormonally imbalanced. So we decided to do more testing. “

When we are young, our body works fairly efficiently. But as we age, even healthy individuals see a decline in hormonal signaling. For example, sex hormones such as estrogen, testosterone, and progesterone are crucial because they keep our skin soft, improve our mood, maintain our weight and improve sexual motivation. Studies have shown that sexual motivations in females are often reduced by increased progesterone levels or decreased estrogen levels. Sex hormones gradually decline after a certain age, so maintaining optimal levels will delay the on-set of symptoms associated with aging. With the right amount of supplementation, an individual has the potential to look ten years younger while sustaining strong energy levels throughout the entire day!

At David Allen Nutrition, not only do we ensure that sex hormones are at optimal levels, we also measure the amount of Sex Hormone Binding Globulin (SHBG) available in the blood because the binding of sex hormones such as estrogen and testosterone to SHBG decreases the bioavailability of such hormones. Low levels of SHBG in the blood have been found to increase insulin resistance and risks for metabolic syndrome.

Insulin is the magical hormone that controls blood sugar levels within our bodies. Disturbance of insulin function leads to diabetes, obesity and other symptoms that belong in the realm of metabolic syndrome. Several minerals and trace elements,such as chromium, control blood sugar by increasing the efficiency of carbohydrate metabolism inside the body. They do so by increasing the activity of enzymes needed for glucose metabolism and normalize glycogen levels in the liver for supplying energy for the body in the well-fed state. Since glucose is the main source of energy in the brain, improving insulin sensitivity and glucose metabolism will also improve memory and cognitive functions.

Other hormones important for optimal function are thyroid hormone and cortisol. Hypothyroidism in females has been seen to increase depression, fatigue, pain from fibromyalgia, weight gain, diabetes and autoimmune diseases. Thyroid hormone is also key in regulating metabolism and bone density. On the other hand, cortisol seems to be the only hormone that may increase with age. High stress levels induce increases in thyroid hormone. Having consistently high cortisol level causes adrenal fatigue, which is the burning out of adrenal gland. Consequences are serious and vast. Individuals who have adrenal fatigue find it hard to get up in the morning, and see decreases in other hormones produced by the adrenal gland, such as DHEA and small amounts of testosterone and estrogen. Research has shown that having high levels of cortisol predisposes an individual to increases risks for cardiovascular disease.

Since the interactions between various hormones are intricate and precise, any disturbances in one particular hormone will also cause the imbalance of another, resulting in the manifestation of undesirable symptoms such as fatigue, depression, mood swings, weight gain and insulin resistance.