The human body is exposed to a wide variety of toxins on a daily basis, including chemicals found in foods, environmental toxins and pharmaceuticals. The liver is the body’s main detoxification organ, and provides enzyme systems that safely process and remove xenobiotics (foreign chemical substances)  and unhealthy hormone metabolites out of the body. These detoxification systems are very complex and require a variety of nutrients for optimal function.

The specialized blend of nutrients in LRT has been shown to stimulate Phase I and II biotransformation and support the body’s natural liver cleansing function during detoxification. Each capsule includes silymarin, artichoke extract, curcumin, methionine, choline, inositol, garlic and dandelion root. These botanicals and plant extracts contain phytonutrients, antioxidants and other compounds shown to increase cellular defenses, up-regulate detoxification, and protect DNA.

Milk thistle (Silybum marianum) is an annual plant indigenous to Europe and the United States and has been used for centuries as a botanical medicine to support liver health. Milk thistle seed extract includes silymarin, the biologically active component found in the seeds and leaves of this plant. Silymarin provides liver protective effects via several mechanisms of action including inhibiting lipid peroxidation, supporting liver detoxification through enhancement of the liver’s glucuronidation pathways, and protection against glutathione depletion. Silymarin has been shown to increase hepatocyte protein synthesis resulting in enhanced detoxification function.

Artichoke is one of the oldest cultivated plants. The ancient Greeks and Romans considered artichoke to be a valuable digestive aid. In traditional European medicine, the leaves of the artichoke were used as a diuretic to stimulate the kidneys and as a choleretic to stimulate the flow of bile from the liver and gallbladder. Artichoke leaf extracts have been shown to provide antioxidant and liver support, including the maintenance of healthy cholesterol levels and the prevention of lipid oxidation.

Curcumin, the active compound in turmeric, an orange-colored spice used for thousands of years in cooking and medicine has been shown to support the body’s antioxidant and detoxification pathways. Curcumin elevates cellular levels of glutathione- one of the body’s major antioxidants that protects cells against free radical damage.

Garlic is a well-known spice with a number of health promoting properties. In addition to its cardio-protective and immune supporting effects, garlic also plays a role in supporting detoxification and antioxidant pathways.

Dandelion is a native plant to the United States and Europe, where the leaves and roots have been used as food and herbal medicine. The German Commission E and European Scientific Cooperative for Phytotherapy have approved the use of dandelion root to support hepatic and biliary function. Studies conducted in animals, have shown that dandelion root increases bile secretion as well as glutathione peroxidase, glutathione reductase and SOD.

Beet leaf has been used traditionally to help support liver function. Research has shown that beets are an excellent source of the nutrient betaine. Betaine acts as a methyl donor supporting the methylation detoxification pathway. Betaine assists in the conversion of homocysteine to methionine as well as increasing s-adenosylmethione (SAMe) levels. This prevents fat infiltration in the liver and protects against the free radical stress generated by toxic chemicals. 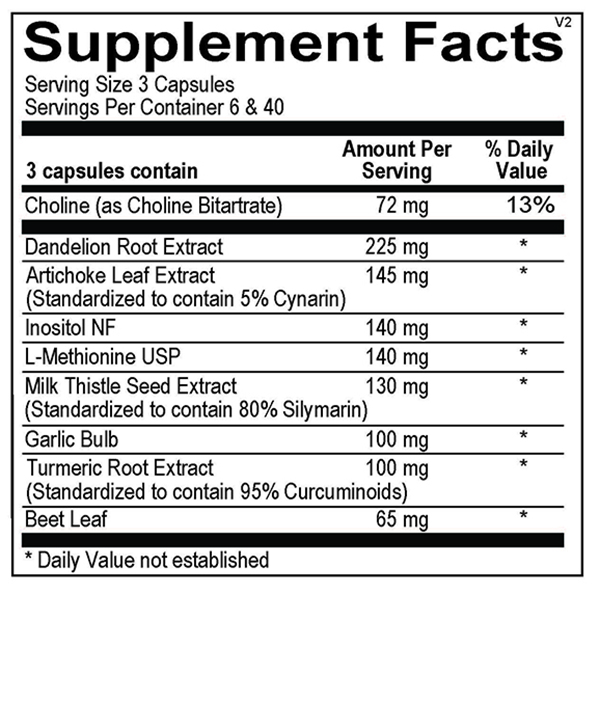