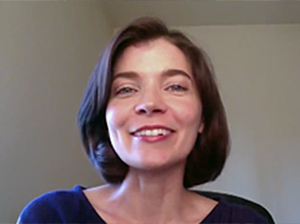 “Hi, my name is Rachel. I first went to David Allen Nutrition just over 10 years ago. I went because I had tried everything. I had done so many different kinds of eating plans and exercise plans… so many things. And I get to the end of the four weeks, and I get on the scale, and maybe one, maybe two pounds at the most, if anything. And it was so frustrating, so incredibly frustrating. And I just kept on thinking… I couldn’t figure out what was wrong with me because clearly, these plans had worked for so many other people. But nothing worked for me. And I got so frustrated, and I had pretty much given up on trying. What was the point? If I was going to gain weight, I am going to do it because I am eating brownies, not because I am eating apples. So anyway it was a really good philosophy that I had and clearly it was working well for me. And then some girls that I had been working with at the time had seen David and were getting some really good results. So that peaked my curiosity, so that I thought I would try one more time and just see maybe David can figure out what my problem was since clearly, nothing else was going to work. So I went in and there was a lot of paperwork to fill out. Basically he got a really good idea if my entire health history and my current health situation, and gave me a plan. And I remember he gave me a plan and I went home for three weeks and I was suppose to come back at the end of the three weeks and see how it went. And I went home and at the time, I felt like that plan… I felt like it was hard, but at the same time, I was totally determined, ‘cause I was like I am going to come back at the end of the three weeks and if we have only lost one or two pounds, then I’ll show him… I worked really hard to follow the plan. It was not 100 percent easy. It was a change in my eating habits for sure, and that was difficult. I discovered that I was a little bit more of an emotional eater than I had given myself credit for. So that was all kinds of fun habits that were changing at that point. I got back at David’s office at the end of the three weeks. I had no idea… I hadn’t weighed myself. I had no idea. All I knew was that … I had a couple of rough days for sure. But I got in there, and I got on the scale, and I lost 10 pounds, which blew my mind in ways that I just don’t even have words for. I lost 10 pounds and that has never happened to me before in my life, ever. Nothing… no illnesses, no nothing had ever resulted in me losing 10 pounds in 3 weeks. And I didn’t even have to be sick. So, I was really excited. I was really excited to keep trying and to move forward. So we did, and a really really great thing about working with David is that … you would work on the plan and come back. He checks in, he keeps on wanting to know how you are doing, how your body is responding to things. And he will keep changing things until he finds something that really works for you, which was a really wonderful thing. A few years down the line, from when I first walked into the door, I developed hypothyroidism, which was a lot of fun. That was delightful. Basically, David’s attention to really finding things that work specifically for you saved me in a lot of ways because once again, like all of my habits previously suddenly stopped working and I started gaining more and more weight. First I didn’t understand why, and then I understood why, then it became a matter of figuring out what the best way to deal with it was. What the best treatments and also what the best eating plan was, and what that was going to be. I feel like I had a huge support system with David and everyone in the office. It’s been hugely supportive and very very helpful, whether it is sending me supplements that I needed or just things that I forgot to pick up. They will send them by UPS, and I’ll get them the next day. Or even just when I needed to call and check in to update everyone, you know, well I am really not doing great on this plan, I am really not sure that this is working right, I think we need to fix things. You know, getting help that way. Everyone’s been amazing. Obviously, I like working with David and it worked out well for me, otherwise I am glut for punishment if I keep going back. But really, my eating habits from when I first walked in David’s office. My eating habits have evolved significantly. I’ve never felt better than I do now. I feel better in my own skin I feel more comfortable in my body than I have ever felt in my entire life and all of those things are due to a very very large part to David Allen Nutrition and all of the help that they have given me.”